Why we need the international Gender Design Network (iGDN)

1.
Design is a substantial part of our everyday world and there is an increasing number of female designers working in all areas of design: in education, in business, working as freelancers or being self-employed, as theoreticians, scholars, journalists and so on.
However, the impact of gender on the processes of production, distribution and use is still hugely underestimated.

2.
Female designers do not yet enjoy equal participation in all areas of design: ‘female’ and ‘male’ responsibilities are distributed unequally (following societal clichés) and this means that the potential of the different genders is neither taken into account nor honored appropriately.

3.
This is disadvantageous for all parties concerned: for society, for designers (female and male) and for the users of design.

4.
There is already a large number of interest groups in design, but they are mostly concerned with job-specific and design strategy-related matters. Surprisingly enough, there is no international initiative (apart from individual groups which, at best, work on a national level) focusing on gender and design and bringing together in a single influential and powerful network all those who have a potential interest in this issue.

5.
This has to, and is about to, change: we are now trying to unite both female designers and design experts from all over the world and from all areas of design in one single network. The iGDN network (currently being established) understands itself as an open network for everyone working in, with, or for design.

6.
Why do we predominantly address female designers when ‘gender’ actually comprises many forms of social gender? According to societal conventions, women are always ‘implicitly included’, when so-called “gender-neutral” or even only male designations are used. This is what iGDN wants to change.

7.
And this is also why, with this first step, iGDN predominantly addresses female design experts who want to become engaged in such a network. In the not-too-distant future we will, of course, also integrate interested male designers. 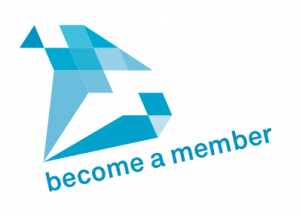