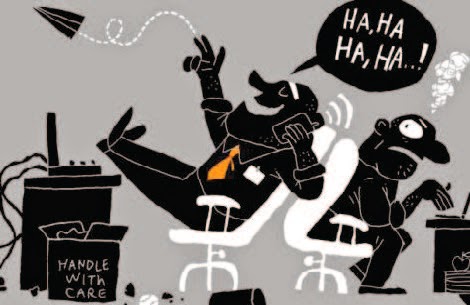 The changing society is always accompanied by a change in the work environment: these changes – especially in terms of flexibility – entail new requirements for work spaces. Therefore, more and more spaces are created, which provide an infrastructure that self – employed workers, freelancers and employees can use flexibly and where, at the same time, they can enjoy the benefits of networking.
By approaching the structure of “coworking spaces” as a social category, my diploma thesis at KISD tried to clarify in what way the deterritorialization of the classic office space is a positive development.
To give an overview about the broad history of non-territorial office space concepts – which is no brand-new concept but has rather been used in various ways since computerization –, different evolution stages had to be clarified.In this context first steps towards “non-territorial” spatial structures were already made about 40 years ago in German IBM labour rooms. A group of engineers moved from small sectioned spaces into open ones with free, adaptive desks. In this thesis the approach relates to both: the places and spaces of the 1970s and 80s, as well as to the equipment and functional furniture of the 1990s.
Even today, besides coworking offices, there are several 3rd places like Starbucks, which enable users to set up laptops comfortably for a short time, thus addressing modern needs. By collecting insights about their costumer needs, the coffee giant took into account user types like “tourist”, “commuter” and “resident” in its “re-ignite” project. As part of this project 750 stores were redesigned in terms of interior design, signage, furniture, materials and outdoor landscaping.

Furthermore, this approach devotes the essential aspects of interior design in the context of a borderless office space and primarily raises questions of identity, personalization, the application of gender concepts and of the area of tension between self-realization and heteronomy.
Following from these questions, the advantages and disadvantages of working in Coworking spaces were juxtaposed, which further represented the basis for the research and observation structure in three spaces in Cologne. Using both desktop research and photo documentation, those spaces were analyzed in terms of their membership, infrastructure, financing and spatial design. Finally, tendencies were formulated, in which the findings were subjected to a critical examination.

To identify factors for the creative problem-solving process, work space must be understood as a social category.
When designing non-territorial work environments, the neglection of user behavior can lead to many blind spots in the design and ultimately in the room configuration.

On the one hand, personalization of the individual workplace serves the need of setting boundaries for other employees and creates a familiar atmosphere; on the other hand, a lack of personalization affects users’ identification with the workplace (cf. Brunia 2008, pp. 1f.). This natural human need is in conflict with the fact that the workplaces of coworkers must be cleared at the end of the day. Ernst Pöppel and Markus Peschl have also postulated the human need to create a personal and safe space as a basis for satisfaction in work environments (see Philip 2012). According to Pöppel and Peschl, personalization is an intuitive behavior in conventional workspaces and is expressed by objects that are not always recognised as such by the coworkers themselves.

The observation in the Cologne spaces reinforced these findings because coworkers were looking for additional ways to make their environment familiar and comfortable and to express their identity in the organization of the space, especially when the use of personal objects was not allowed. In those cases coworkers brought personal items or alternative tools to create a degree of privacy in public workspaces. When there was a low degree of identification with the coworking space, less objects were used on the desk and personalization was expressed via e.g. desktop backgrounds, cellphone cases but also with private objects such as coffee cups, small picture frames, game tokens, teapots ect.

Coworking spaces try to be gender-neutral , however, they are not designed
in a gender-sensitive way.

Normally the operator of the coworking space defines the design of the space. However, the observation showed that, with increasing identification, users personalization activities spread from the desk into the whole work environment. If work stations are ergonomically and psychologically adapted to peoples individual pursuits it is validated on a psychological basis that it increases user satisfaction and productivity. 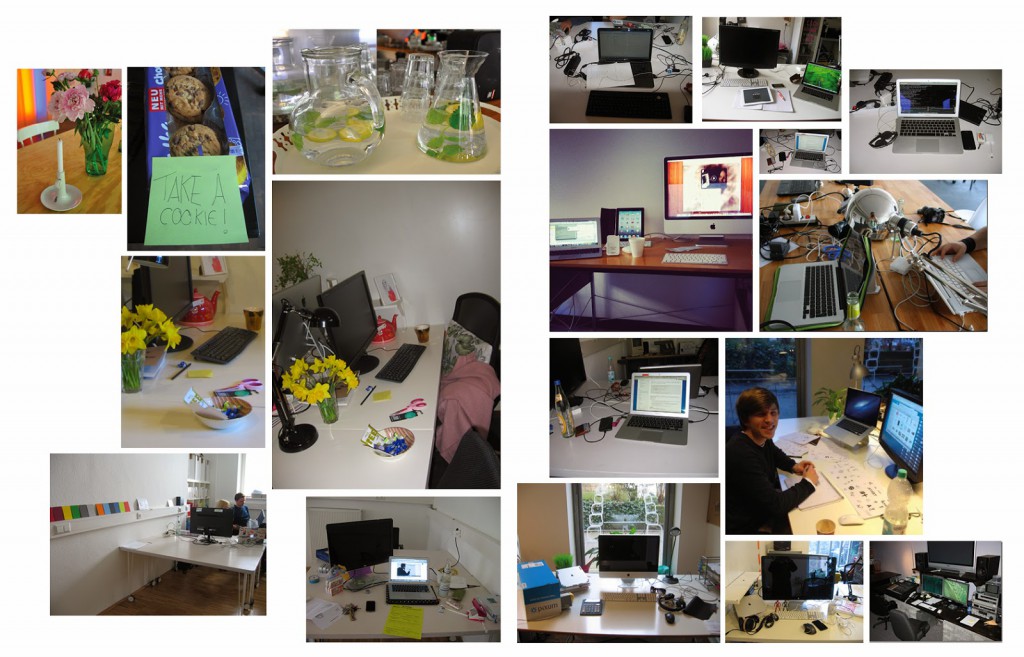 Women have a greater need to create a personal space in their work environment than their male colleagues and they evaluate their jobs differently than men by using additional materials to be a private and create space.

During the observation, women seemed to personalize their environment in a very aesthetic way and helped to create a ” home-like ” atmosphere by using plenty of decorative objects such as flowers or framed pictures and illustrations, as well as a variety of personal memorabilia.
Reflecting this behaviour, a worldwide study with the title “My Desk is my Castle” has found, amongst other things, that women tend to use more home-like objects on their desks than men: while women on average have 17 personal objects that have no actual connection to work, men only have 10 (cf. Brandes / Erlhoff 2011, p93). By referring to women’s use of photos of friends and family,
the study also pointed out that women are more prone to two-dimensional objects (see Brandes / Erlhoff 2011, p 103).
In addition, the researchers also noted that women tend to bring sweets for everyone like cookies, chocolate, candy ect. and placed those at the margins of their workplace so people could help themselves. Men, on the other hand, tend to display very many technical devices, laptops , iPads, iPhones, car keys ect. to present their pride and to underline their social status.

The observation in the Cologne-based coworking spaces also showed that many objects relating directly to the space itself are used to meet the need of spatial demarcation: presention walls, books or plants, monitors arranged around the worker, monitors placed on stands or jackets draped over a chair’s backrest,. As mentioned above, women tend to improve the workplace in an aesthetic way but at the same time and in addition to fulfilling an emotional function, these objects are used to gain spatial privacy. In short: one’s own desk and the area around it are much more than just a pragmatic work station: they always reveal something about the owners themselves (cf. Fire / Erlhoff 2011, p 14). 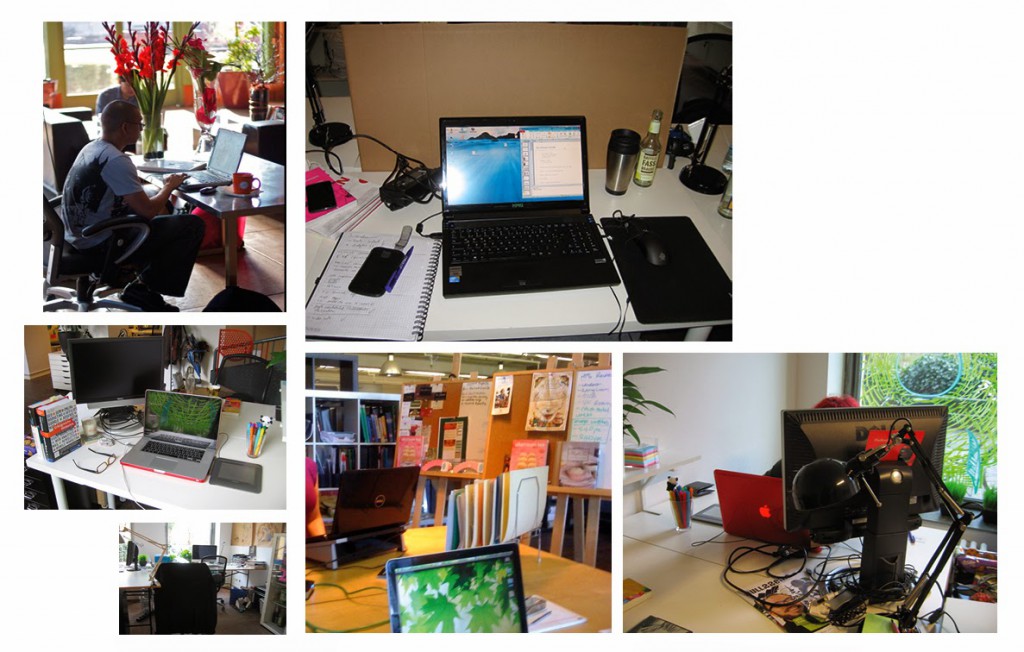