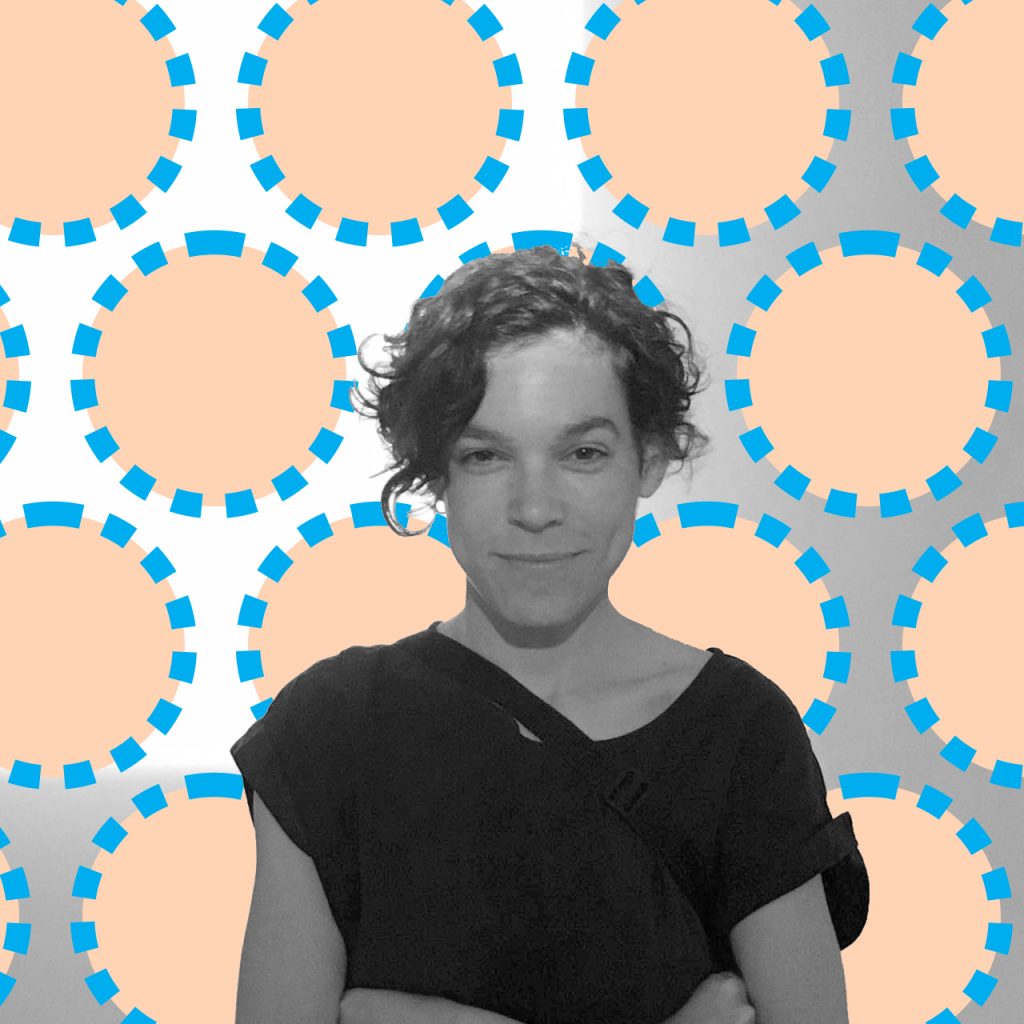 Naama Agassi, an object designer based in Tel Aviv designed and produced the three trophies for iphiGenia Gender Design Award 2018.

We are curious about the young talent and her conceptional and beautiful works. Here are our questions:

Please give us a brief insight into your vita so far.

Naama Agassi:
My studio is currently based in Tel Aviv. I received my master’s degree from Design Academy Eindhoven and presented my work in museums and exhibitions around the world (e.g., Milan Design Week, Victoria and Albert Museum in London, Estonian Museum for Applied Art and Design in Tallinn, Design Museum Holon and more). I do mostly object and product design, but I tend to approach the object as a means to communicate a wide range of research subjects and conceptual frameworks.

How do you feel about designing the trophies for iphiGenia Gender Design Award 2018?

Naama Agassi:
I was very excited to be chosen to design iGDN’s iphiGenia Gender Design Award. In my work, I seek to highlight the relationship between design and cultural perceptions and to undermine restricting gender norms. I am happy that iGDN promotes designers who understand the social impact of design and contribute to a more gender-sensitive world.

What topics do you deal with and what are your recent works? 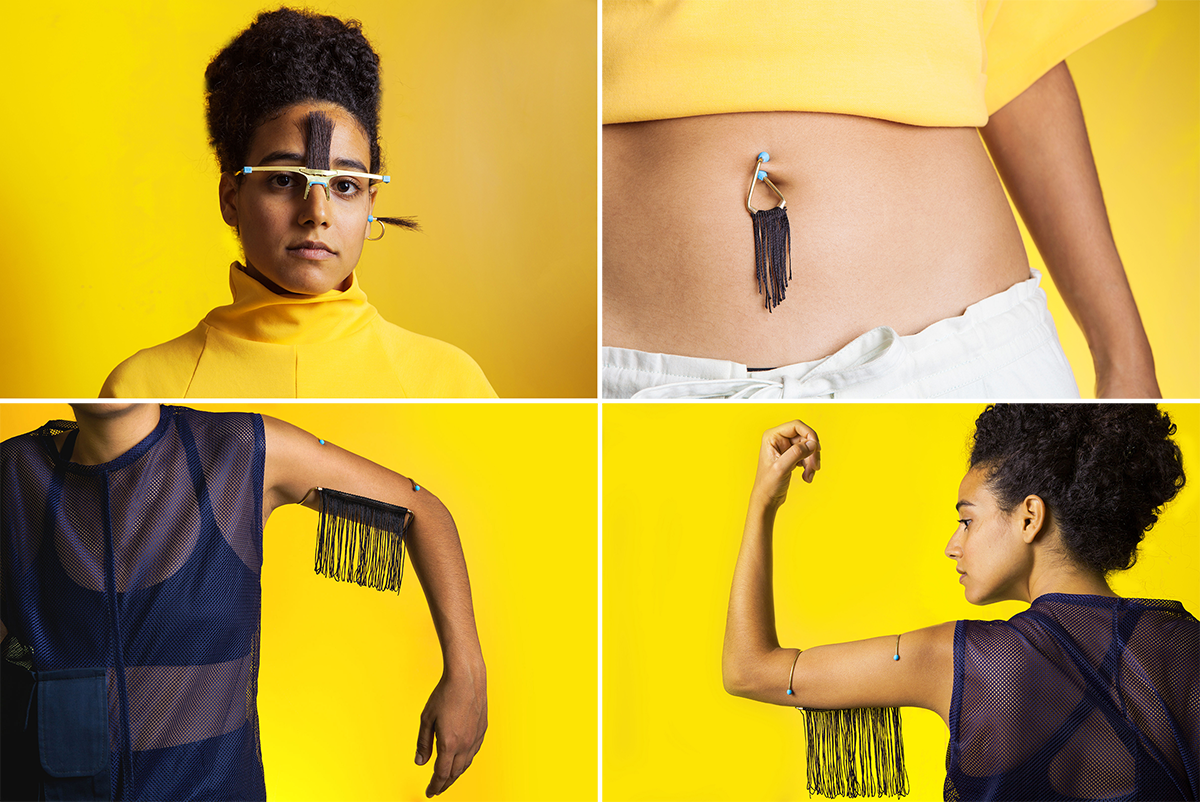 Naama Agassi:
One of my most recent projects was a jewellery series that focuses on hair as an aesthetic element. The hairy jewels created for this series are suggestive and even humorous references to body hair, meant to be worn where hair is considered as an embarrassment for women – around the navel, in earlobes and armpits and on that soft spot between the eyebrows. By playing with the fraught cultural conception of female body hair, the series highlights its decorative features and embraces it with renewed aesthetic appreciation.
One of my visual inspirations in this project was the epaulet, a fringed element displayed on ceremonial uniforms. The placement of the epaulet, its color and the length and diameter of its bullion fringe signify the wearer’s rank. I decided to extend the same properties to body hair by turning it into a revered ornament, thereby establishing a renewed relationship between women and their hair. 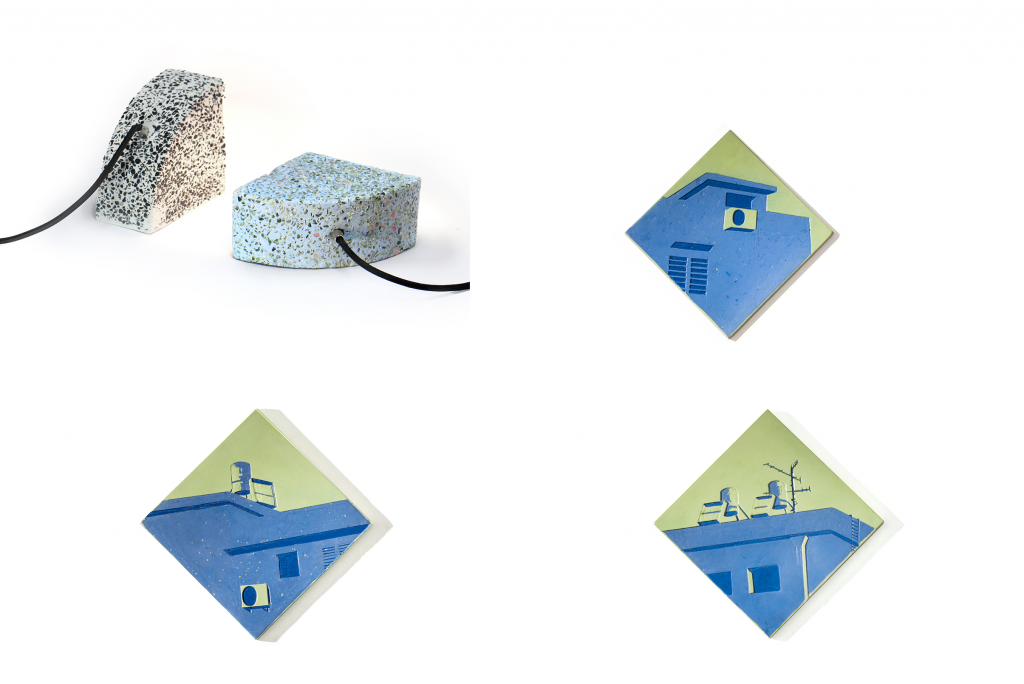 Another project I have been recently working on is titled “Granolith, mon amour”. The use of granolith in urban design is very prominent in the Israeli landscape, and for this reason it is resented by many Israelis, who identify it with their mundane and greyish city environment. Therefore, I chose to focus on this familiar material, revitalize it – and bestow some design affection on granolith, mon amour. 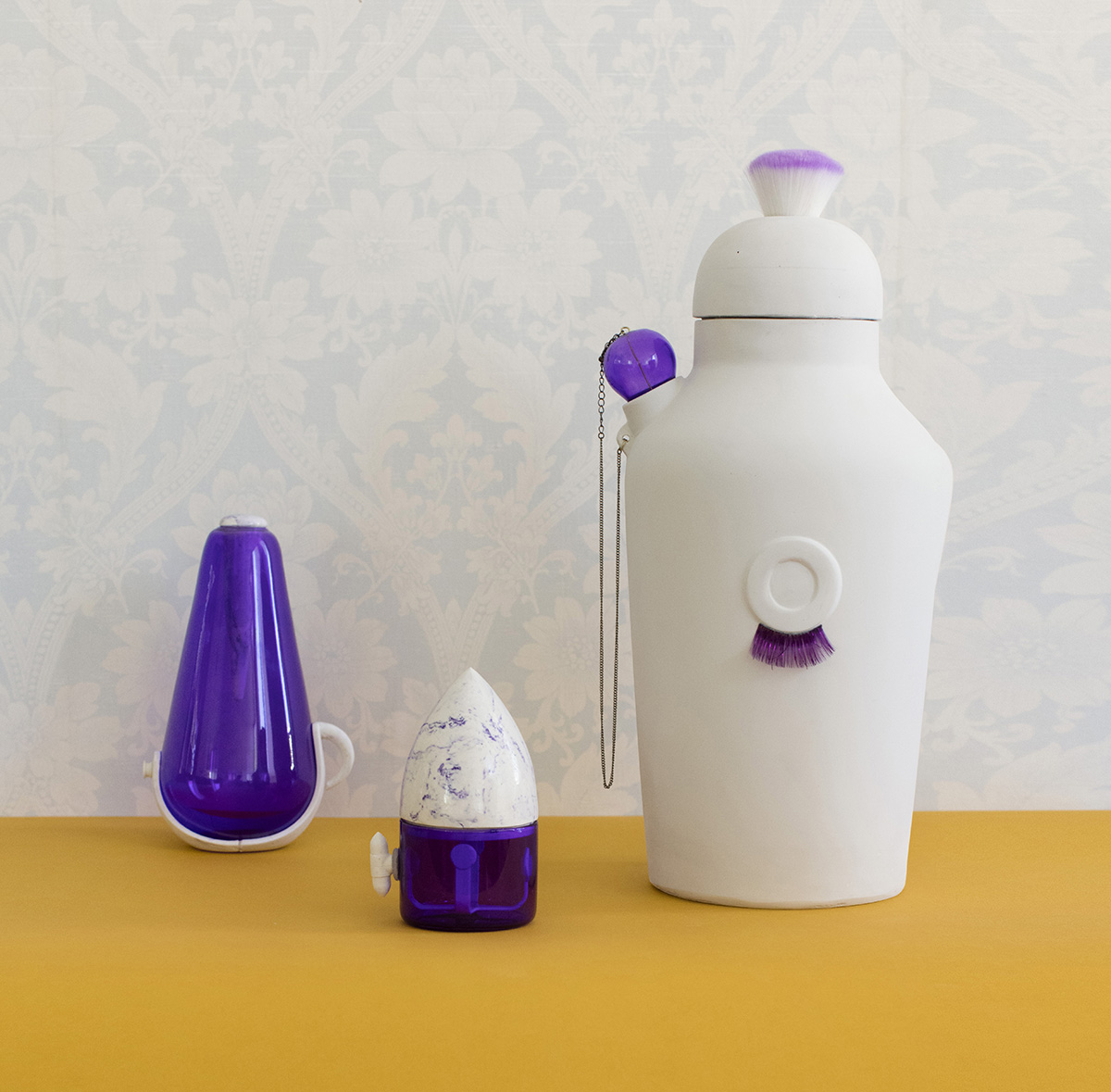 One of my favorite research subjects is color. In two projects, “Royal Green-Blue” and “Imperial Purple”, I dove into the history of a color, its production process and cultural significance.
In the past, purple was a coveted color used to denote wealth and power. This is because until it was artificially manufactured, its production had been a lengthy and laborious task. Purple was produced from marine snails that originated around the Phoenician city of Tyre (in present day Lebanon), giving this expensive dye its name: Tyrian purple. It took as many as 250,000 snails  to yield just one ounce of usable dye. As always in design, supply and demand generate desire and prestige: By the 3​rd​ century BC, Tyrian purple was worth more than gold, and it became the color of nobility and clergy across the Mediterranean – from Israelite priests to Roman emperors and Byzantine rulers. It was considered so regal and holy that various laws prohibited the lower classes from wearing it.

The status of the color purple was transformed in 1856, when the English chemist William Henry Perkin accidentally discovered a way to artificially synthesise a bright purple dye. Subsequently, today purple is associated with two contradicting spheres: On one hand, it is the color of faith and piety, worn for example by Roman-Catholic and Anglican bishops; on the other hand, it is strongly identified with mass-market beauty products and cosmetics, ranging from cheap nail polish and perfume bottles to fake eyelashes and powder brushes.
This historical context was the basis for my project “Imperial Purple”. The objects in this project echo shapes such as the Roman imperial helmet, Christian thurible (used to burn incense for worship) and modern-day perfume bottles.

Thank you Naama Agassi for presenting your exciting works.

We are looking forward to see you and the three trophies at the ​ iphiGenia Gender Design Award on 08. November 2018 at 7pm at the Cologne Museum of Applied Arts/MAKK. 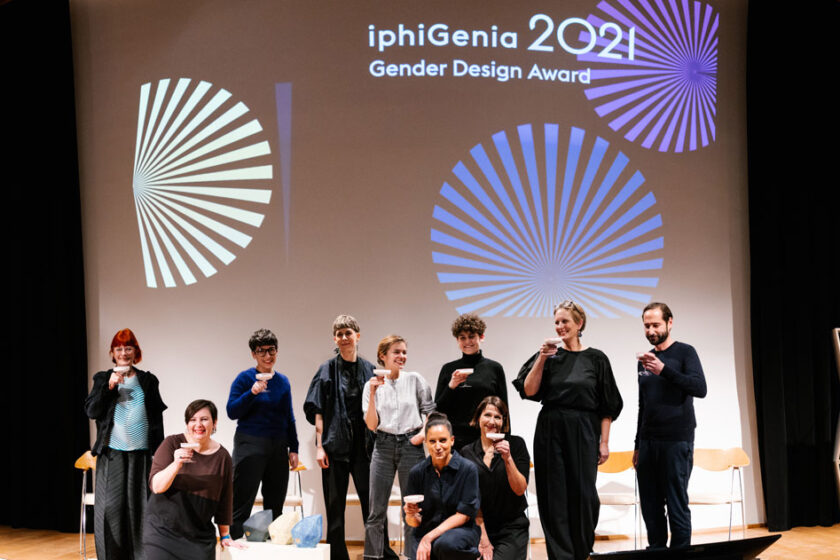